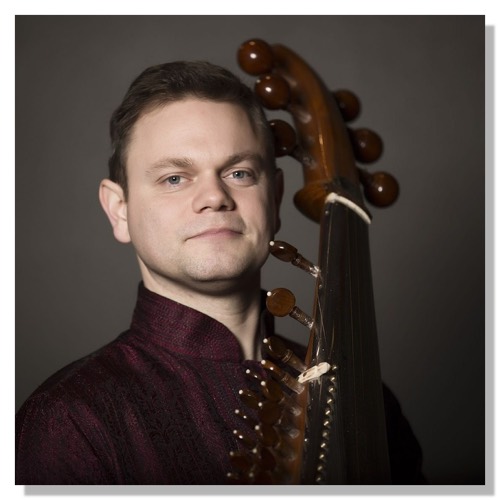 Brandon McIntosh is an internationally celebrated performer and teacher of Indian classical music. His primary instrument is sarod, a 25 string lute that is a descendent of the Afghan rabab. He began studying sarod in 1997 through a Farrell Merit Scholarship from Central Washington University with dhrupad teacher Jeff Lewis. In 1999 he was accepted by the International Partnership for Service Learning to study sarod in Kolkata, India with Dr. Bhupen Shil while doing service work at Mother Theresa’s Home for the Dying – Nirmal Hridoy.

In 2003, Brandon began his Masters of Music in music composition from the University of Wisconsin – Madison. While in Madison, Brandon received the FLAS Fellowship in Bengali from the Center for South Asian Studies and the Benward Grant from the School of Music. His music compositions were commissioned and performed by: EAR Ensemble, Ireland; Eugene Composers Collective, Oregon; and, the Wisconsin Film Festival, Madison

In 2005, he moved to Seattle, Washington to pursue a career in Indian classical music. Since then he has performed with such notable people as: Grammy nominated sitarist Gaurav Mazumdar, kathak dancer Sujata Banerjee, and tabla player Yogesh Samsi. He has been on the board of Ragamala and faculty of Seattle Indian Music Academy. He has performed in such distinguished places as: the Indian Embassy in Brussels; Moscow Tchaikovsky Conservatory, Russia; Raag-Maala, Toronto; Murshidabad, India; Sangati Center, San Fransisco; as well as numerous Universities including Purdue and Arizona State University. He has repeatedly traveled to Kolkata to continue his lessons with his Guruji. He has also been accepted and studied at the ITC Sangeet Research Academy, during his stays in Kolkata. In Seattle, he founded a fusion group called “Anjuman: Indian/Afro-Cuban Ensemble.” He is currently a faculty member at the Seattle Indian Music Academy.

Brandon teaches North Indian classical music on the sarod as well as various other stringed instruments including sitar, guitar and piano in Seattle as well as on Skype.